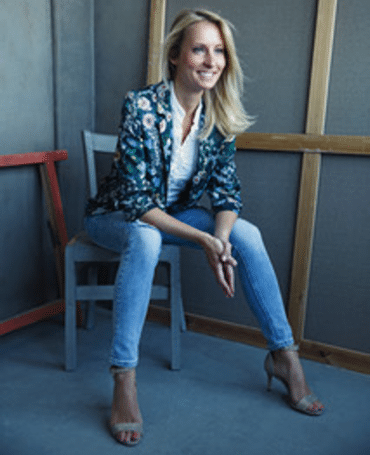 Ágnes Zászkaliczky was born in Budapest, Hungary. Having grown up in a family of artists, music played a leading role in Ágnes Zászkaliczky’s early life. Her father, Tamás Zászkaliczky, is a famous Bach researcher and organist, while her mother, Ágnes Lakos, is a piano teacher. She started playing piano at the Tihamér Vujicsics Music School in Szentendre at the age of six and was subsequently admitted to the organ department of the Béla Bartók Secondary School of Music. At the school, she was taught organ by Lilla Szathmáry and Gábor Csalog taught her piano. From 1998 to 2004, she was a student at the Salzburg Mozarteum in Daniel Chorzempa's famous master class, graduating in 2004 with a degree in organ. Since 2006 she has been the artistic director of the Oradea International Organ Festival. 2007 brought the release of her first album, in which she and Tibor Bogányi perform pieces written for organ and cello.
Drawing and painting have always been present in her life. At the age of five, she became a member of the Creative Children's Workshop in Szentendre, where her first teachers were Jenő Zaszlavik and János Aknay. Beginning in 2009, she was taught painting from the masters of the Repin Academy in St. Petersburg. Her first solo exhibition was opened in Szentendre in 2001, and since then she has held exhibitions across Europe and the Americas, including in Budapest, Vienna, Helsinki, and Palm Beach. Since 2016, she has been a member of the National Association of Hungarian Artists. In 2021 she received an award for Best People in the  NOAPS (National Oil & Acrylic Painters´ Society) International Spring Exhibition, USA.
As a professional musician and painter, Zászkaliczky’s artistic work displays a deep connection to classical music. Her classic portraits are made using traditional methods blended with abstract geometric designs in the background. A tactile sense of rhythm is created through the contrasting elements of her pieces. She is particularly interested in portraits of musicians. Zászkaliczky also works as an illustrator; her works include the book Cifra Palota - 100 Hungarian Children's Songs published by Rózsavölgyi Publishing House and the cover design of the book Türk: Childhood years.
Since 2008, she has also been creating visual designs for performances of large-scale musical productions. These projects include the special performance of Carmina Burana by the Hungarian State Opera in the autumn of 2018, where Ágnes Zászkaliczky and Tibor Bogányi were artistic directors. Together they have been working in the last 15 years to expand the audience of classical music events by enriching concert venues with unique visual experiences. The Carmina Burana production is their biggest venture to date, created with the world-famous Budapest-based Freelusion Studio. www.carmina3d.com
Read More